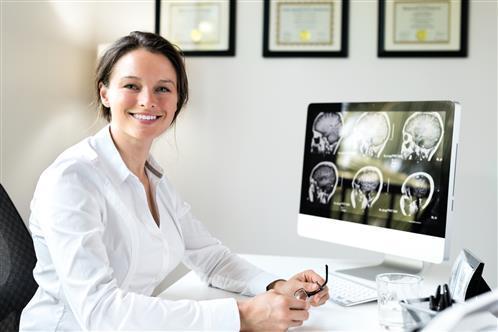 Professional Bowlers Join Together to Strike Out Breast Cancer

This year, a fundraising event lovingly referred to as “The Luci” (though officially named the PBA/PWBA Xtra Frame Striking Against Breast Cancer Mixed Doubles) will be held for the sixteenth year in a row. Founded in 1999 by Donna Conners, in memory of her friend Luci Bonneau, who passed away that year after a painful battle with breast cancer, the event has raised $650,000 for breast cancer research over the course of its existence, and brings men’s and women’s professional bowlers together to play for a good cause in front of a sold-out crowd.

The 2015 PBA/PWBA Xtra Frame Striking Against Breast Cancer Mixed Doubles will feature 256 competitors, with the top scoring male and female players splitting a $15,000 prize and, for the first time in the history of the event, earning a PBA national championship title (as long as they are members of the PBA). The event will held at Palace Lanes in Houston, a 44-lane bowling center owned jointly by the PBA and USBC Hall of Famer Bill Lillard, and will stream live on the PBA’s online streaming service, Xtra Frame.

For its first few years, the PBA/PWBA Xtra Frame Striking Against Breast Cancer Mixed Doubles was held at the 32-lane Dynamic Lanes bowling center, which has since closed. Originally called The Luci Bonneau Memorial Mixed Doubles, the tournament has not only undergone a name change, but has expanded to 126 teams, with an additional 15 standing by on a waiting list, due to high demand for entry into the event.

Raising Money for a Good Cause

The money raised during the first years of the event was donated to the Stehlin Foundation. The tournament’s namesake, former Ladies Pro Bowlers Tour regional favorite Luci Bonneau, received treatment for her breast cancer from St. Joseph’s Hospital’s Dr. Stehlin, whose foundation was researching a cure for the disease. But in 2013, St. Joseph’s was bought by new management, and the Stehlin Foundation was shuttered, leading organizers of The Luci to found their own charity, Striking Against Breast Cancer. According to tournament founder Conners, the new 501(c)3 charity sends its money to The Rose, a Houston-based organization that helps women pay for their mammograms and breast care treatments, and the Huntsman Group, a Utah-based cancer research group.

According to Conners’ estimates, The Luci should raise between $80,000 and $90,000 for breast cancer research this year. Conners credits the participation of the PBA and the players themselves for event’s continued success, noting that without the players, there is no audience; and, without an audience paying to see their favorites bowl, there is no fundraising. But that doesn’t mean that the event is a cakewalk that coddles its participants, either: the tournament’s rules are deliberately difficult, and players who are registered to bowl at The Luci, but don’t appear, are fined $500 for a no-show (the money is turned over to the PBA).[i]