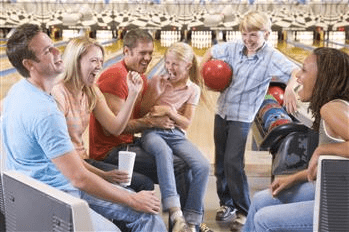 Where Are the Bowling Alleys in the US?

Bowling in the U.S. has undergone a lot of changes in the last few decades, and bowling alley business plans have had to change as a result. In this post, we’ll look at where bowling is still popular, where its popularity is lagging, and what bowling alley owners are doing to adapt to the modern bowling environment.

While bowling alleys can be found all across the country and the world, bowling remains most popular in the U.S. in the upper Midwest, specifically the Great Lakes region. While there are also heavy clusters of bowling activity on the East Coast, specifically in New York, New Jersey, Maryland, and Massachusetts, the greatest concentration of bowling in the U.S. is in the Rust Belt, including Illinois, Michigan, Wisconsin, and Ohio.

Outside of those areas, Southern California is home to a large number of bowling alleys, specifically in Los Angeles and Orange Counties.

According to industry studies, most bowling alley customers come from two different socioeconomic groups: 25-34 year olds, and 35-44 year olds. Outside of those two groups, interest in bowling is more prominent among younger demographics, including 18-24 year old and 12-17 year olds. Of the older demographics, 55-64 year olds make up only about 5% of bowlers; the age groups older than that are even lower.

In addition to age, studies also show that bowling is more popular with people of certain socioeconomic statuses. As of 2011, the vast majority of bowlers were high-income earners; the largest socioeconomic group to enjoy bowling were those making over $100K a year, followed by those in the $50K-$74.9K, $75K-$99.9K, and $35-$49.9K wage ranges, respectively. In economic groups lower than that, interest in bowling is much lower.

The Future of America’s Bowling Alleys

Overall, the popularity of bowling in the U.S. has severely declined over the last few decades, and the number of bowling alleys has shrunk accordingly. But this has not mean the end of America’s bowling alleys. Instead, it has lead to changes in the traditional way bowling alleys have been run, and in who they target. These innovations include: