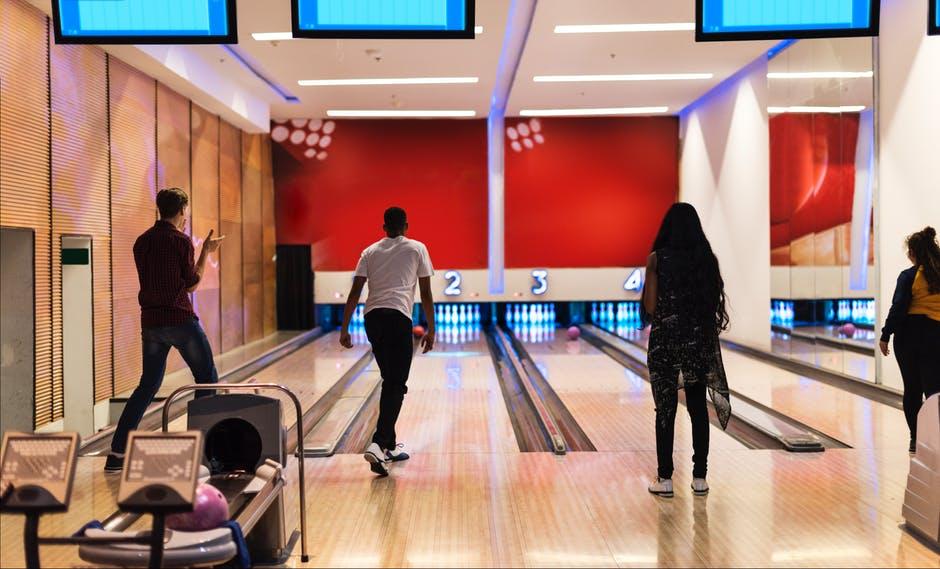 Are you looking to up your bowling game?

You might have practiced for 10,000 hours and competed in a local team. Do you understand the physics of bowling?

If you’re an ambitious bowler, you probably want to master your hook. Straight bowling reduces your probability of scoring a strike dramatically. If you’re not curving your ball into those pins, you could do with learning a little about the physics behind the scenes.

If you want to improve your game and impress other players with your knowledge of bowling science, you need to apply some of Newton’s laws of motion. If you don’t, your opponent probably will.

We’re going to break down the physics involved in bowling your ball and explain what’s underway. Keep Reading!

To understand bowling physics, we first need to know what’s inside a bowling ball. That tough shell is hiding a heavy block in the core. Symmetric and asymmetric blocks are used both with a different shape and mass.

The characteristics of the weight block impact the spin, meaning the curving path that the ball takes as it proceeds towards the pins. The reason we want to curve the ball is that the greater the angle that we hit the pins, the higher the probability of a strike. We also want to hit the front pins to optimize the energy transfer to the most pins possible.

The pins themselves have a low center of gravity to make them more stable. They are spherically-shaped, so they can roll and strike other pins in a multitude of directions. Because of this, no two strikes happen the same way since there are countless variations to the way pins collide with one another.

After the foul line, the lane is oiled up to about two-thirds of the way. This oil exists primarily to protect the lane from premature wear because the ball skids and slides during its initial impact before entering a roll.

Some teams like the lane oiled in a pattern, and they will have oil heavy in one area and light in another. This is to aid the curvature of the ball’s path by manipulating friction.

When the ball leaves the oil pattern, it grips the lane and enters the roll phase, slowing down while losing axis rotation. If the ball has been launched with a good amount of spin, it takes a sharp turn during the final 15ft approach to the pins.

If this was a class on the physics of bowling for kids, the first thing we’d emphasize is that you shouldn’t throw the ball up in the air. Other than upsetting the owner of the lane, doing so is a great waste of potential energy.

Potential energy is contained in an object due to its position relative to other objects. The bowler’s aim should be to release the balls as close to the lane as they can. If the ball bounces, it’s losing the chance to be controlled by the friction of the lane.

Any efforts spent on vertical velocity is wasted since only horizontal velocity is useful towards our objective of knocking down the pins. Maximizing this potential energy without losing control of the direction of the ball is our primary goal if we want the best chance of a strike.

According to Newton’s first law of motion, our bowling ball will continue in a straight line unless compelled to change by an external force. The second law of motion concludes that the acceleration of the ball is dependent on the weight of the ball and the net force acting upon it.

The physics of bowling a strike dictates that to maximize the even distribution of force, the headpin should be struck at an angle of 30°.

For bowling ball collisions and momentum, a hook ball technique is used. This technique contrasts the straight shot used by novices and for clearing spare pins. The direction of impact is important to avoid splits because if pins are still standing, the potential energy was not evenly transferred around all pins.

The moment of inertia is the rotational inertia that determines the torque required for the needed angular acceleration around a rotational axis. Angular velocity references the speed that the object rotates over time.

Combining these two forces gives us angular momentum, the rotational counterpart to linear momentum. As we hook our ball towards the pins, we’ve given it angular momentum. Newton’s third law of motion would lead us to conclude that the action of our ball hitting the pins would have an equal and opposite reaction.

An elastic collision is one in which there isn’t a loss in total kinetic energy. In reality, it’s not possible because there is always a small loss of energy. Only in the world of particle physics can true elastic collisions be observed.

By contrast, during an inelastic collision, internal friction acts to lose kinetic energy. Momentum is conserved, but energy is not.

Bowling and friction go hand in hand, so there is always some degree of inelasticity during the collision of the ball into the pins. The task of a dedicated bowler is to make the collision as elastic as possible. They also need to provide the collision with as much initial energy as they can.

Some of the energy during the collision is even lost as sound, especially during a strike! If you want a bowling average above 200, you need at least one strike in your game, so mastering your elastic collision will be important.

We’ve run through the physics of bowling, so you should now have enough insight to step up your next game. Don’t waste any more energy on vertical momentum!

If you’re thinking of starting a bowling alley business or want a bowling alley in your home, we can help. We are a manufacturer of world-class bowling equipment in Chino, CA. We have built/installed commercial and private bowling alleys in both the US and worldwide.