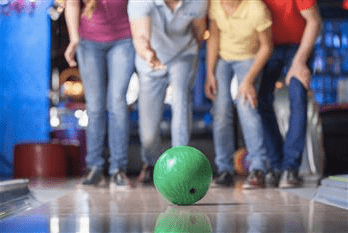 Interested in what’s going on in the bowling world outside your home bowling alley? We’ve got some updates on bowling industry updates for Spring 2015.

The Bowling Proprietor’s Association of America has announced its Southern California Proprietor of the Year award will be given to Thousand Oak’s Ron Plander. Plander is the owner of several bowling centers located throughout Southern California. Bowling centers he has full or partial ownership of include Harley’s Valley Bowl (formerly Brunswick Zone – Simi Valley), Harley’s Camarillo Bowl, Harley’s Simi Bowl, and Corbin Bowl in Tarzana.

Before becoming a bowling alley owner, Plander worked at a major San Diego accounting firm for 10 years. In his duties as owner and part owner of a string of businesses, he uses his skills from his previous profession to handle accounting duties, while also using his knowledge of bowling to provide his customers with a positive experience that will keep them coming back.

In addition to being a business owner, Plander is an elite right-handed bowler with 12 perfect games and four 800 series. Using his Simi Bowl location as his home base, Plander bowls there on a weekly basis as part of a league, and says that most of his top performances have happened at that location.

Two-time PBA Tour titlist and 2012 Viper Championship winner Brad Angelo returned to the bowling tournament circuit this year, after taking several years off due to injury, by winning one of the biggest titles of his career. On March 14th, Angelo defeated Tommy Jones, winner of 15 PBA Tour titles, at the Kuwait International Open.

The event was held at Cozmo Bowling Center in Salmiya City, Kuwait, and is one of several bowling events taking place in the Middle East in Spring 2015. Angelo appeared in both the H.H. Emir Cup in Doha, Qatar, and the Kingdom of Bahrain International Championship in Sitra, placing 18th and 19th respectively.