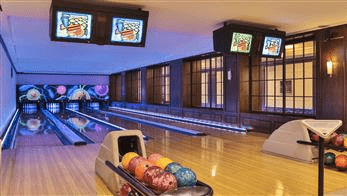 Congrats to the 2015 USBC Queens Winners

This May, the United States Bowling Congress (USBC) Queens tournament was held in Green Bay, Wisconsin. The Queens, one of the most prestigious women’s bowling tournaments in the country, is open to any woman bowler over the age of 16, and features some of the best active players in the bowling world on a yearly basis. This year, the tournament featured two milestone wins for bowlers Liz Johnson and Robin Romeo, both USBC Hall of Famers.

On May 26th, the Professional Women’s Bowling Association held its annual USBC Queens event, and United States Bowling Congress Hall of Famer Liz Johnson took home the title for the second time. Johnson, a bowler from Cheektowaga, New York, won the 2009 USBC Queens, and is the ninth bowler in the history of the event to win multiple titles. In addition to her USBC Queens wins, Johnson has won four previous major titles, including three from the U.S. Women’s Open.

This years Queens tournament is the first event in the 2015 PWBA season, which re-launched this year after a 12- year hiatus. The event took place in Green Bay, with more than 200 players bowling 15 games of qualifying over a three-day period. After the qualifying events were over, 64 bowlers moved on to the double-elimination match-play bracket. Other notable players to take part in the tournament included Shannon Pluhowski and defending champion Maria Jose Rodriguez.

In addition to Johnson’s win in the main event, the 2015 Queens served as a milestone event for another player as well. By defeating Tish Johnson for the United States Bowling Congress Senior Queens title, Robin Romeo became the first woman to win the title back-to-back.

Now 57, Romeo entered her first Queens at the age of 21, and won the tournament for the first time at the age of 35. During the 2015 tournament, she led the qualifying event by more than 80 pins, and opened the double-elimination round with four straight wins. After beating bowler Lisa Wasson, she advanced to the championship round against Johnson, who, until the final match, went through the tournament undefeated.